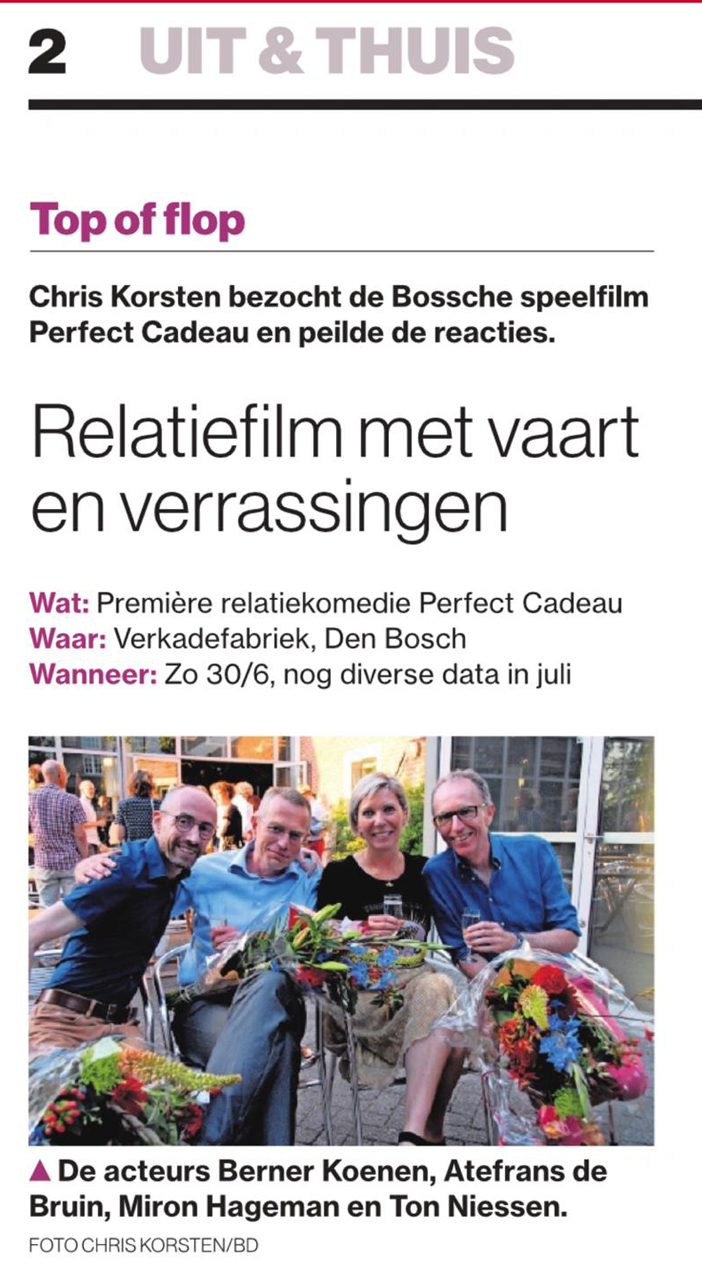 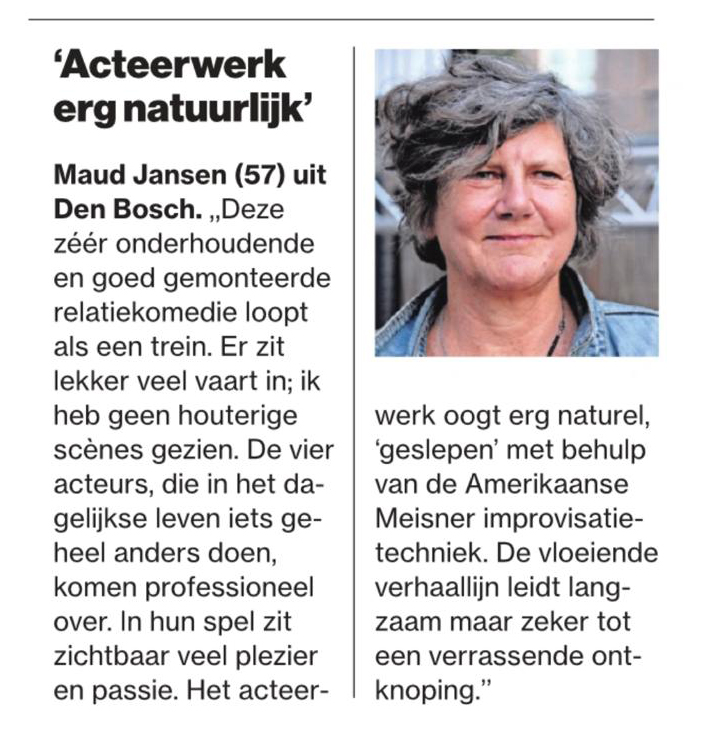 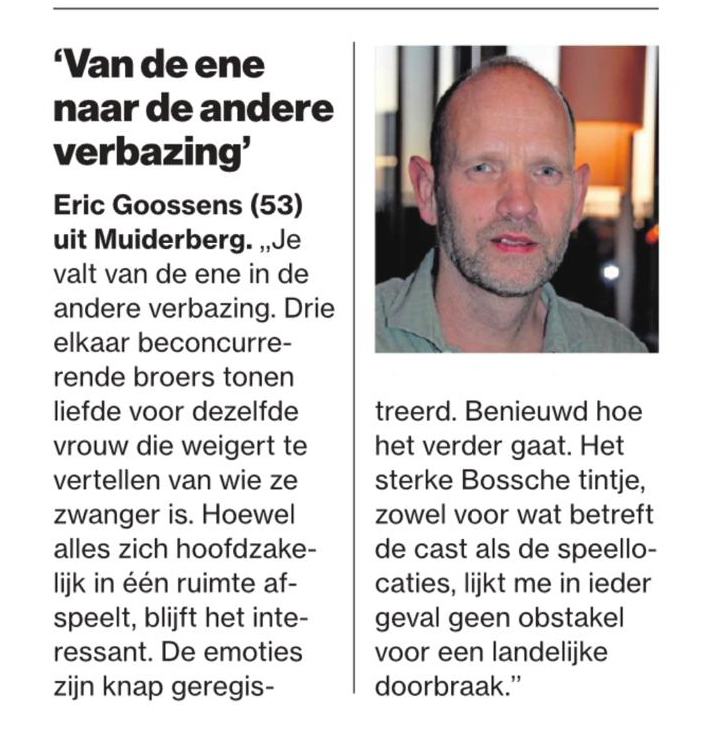 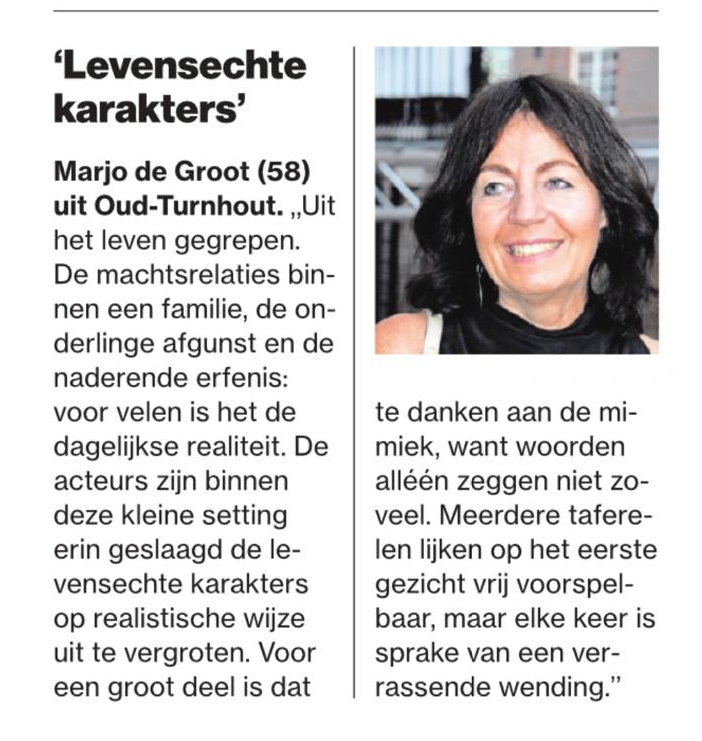 An awkward reunion dinner between three flawed brothers who all have a hidden agenda descends into chaos when the woman they all love announces her pregnancy without revealing the father’s identity.

Hi Martijn thanks for talking to TNC, how’s everything going?
Generally speaking, some specific things are going pretty good in my life. As you can tell, I am a cautious person.

How does it feel to having Perfect Present part of this years ÉCU Film Festival?
It is an honour! Out of all these great independent European movies, only four films have been selected in the feature length drama category. And Perfect Present is one of them. Needless to say we’re all quite excited about this.

Are there any nerves ahead of the screening?
Oh yes. Perfect Present is a comedy, but not everybody appreciates its dark tone. I’ve seen people laugh out loud, I’ve seen some people cringe at the chafing interactions between the characters. Family situations are very relatable, very recognizable. They give rise to the most intense conflicts. Not everybody enjoys watching the unraveling of the dynamics between “loved ones”.

I have not yet figured out yet whether the ability to appreciate such a dark view on sibling rivalry is a cultural thing, or psychological, or related to age, perhaps. I am still on a journey to find this out.

My initial feeling was that the movie would be perfect for a French audience, who would more readily go along with this type of irony: the casual dialogue-about-nothing that is masking the raging dramatic currents underneath. Since the movie has been selected for ECU Film Festival, it seems my gut instinct may be right - at least for now. But final real truth will be revealed in the cinema – in the dark, with the projector running, in front of the audience.

Can you tell me a little bit about Perfect Present, how did this film come about?
The film was developed through a unique process – a kind of upside-down production. I started working with a group of talented actors and a blank slate – but we had a technique from which we would do our improvisations. For over one year, we used these technologies to see if it would lead us to an emerging theme. We soon discovered that the subject of an unexpected pregnancy in a precariously balanced family dynamic was a great source of inspiration for us. Scenes just kept flowing from there, one after the next, revealing how a network of little white lies connected to form one overwhelmingly big secret that destroys everything.

As we kept improvising the real theme of the film came to life. Each actor defined his point of view for the character. Backstories started to form. It was an amazing process to behold. The story grew inside all of us – yes, just like a pregnancy!

From that moment on, we knew that unconventional funding was the only way to actually produce this movie. The process was too lengthy, too cumbersome and too unconventional for the regulated film production industry. With the help of many, many dedicated fans and generous professionals, we were able to complete it, but it took over two years.

"Creating a complete world out of virtually nothing. I love that!"

What was the inspiration behind your screenplay?
A realization that we all have at some point or another, I think: how toxic family life can be. How small lies, stacked up on to of each other, will lead to a construct of lies that inevitably will collapse at some point. It seems so appealing, so rewarding to lie since it helps to make life go smoother, doesn’t it? But the moment lying becomes a habit, to the extent that one is not aware of it anymore, things become unhinged.

What was the most challenging part of bringing Perfect Present to life?
There was no road map. In a way, we turned the whole process of filmmaking upside down: we started improvising without a script and when we had the meaty middle of the story – the second act where all the drama plays out – we performed it live on stage in front of an audience, to great success.

But we did not yet have a beginning or an end; no first and third act. The part that is usually the hardest for a screenwriter – the elusive second act – we had already worked out, so we shot that first. Of course, after we reviewed the material and created the beginning and the end, it needed tweaking before it actually worked as a film. It was a complex process, but a very rewarding one.

What drives your creativity?
Working with actors. It is absolutely magical to create the characters together with the people who actually have to play them. The interaction of giving and taking, this mystery of having nothing one moment and having a unique scene the next, the possibility of infinite change, of limitless possibilities and then nailing it down, that thrills me. It is awe-inspiring.

Have you always been interested in filmmaking?
When I was younger I had too many interests, from arcane topics such as history, social geography, justice, psychology, literature, language, politics to just creating weird fantasy creatures for animations out of everyday objects with glued together. I was unable to think of a single profession that would allow me to pursue all these interests, yet at the same time, I could not image my life without them. When I discovered that filmmaking was one of those rare jobs that require you to be interested in all of these topics – and more! – I knew I had found my calling. For me, there simply was no alternative.

What was the first film you were part of?
I didn’t start making movies until I was in film school, where I began to make puppet movies. It was so liberating: creating these enormous miniature worlds and turning them into a believable universe, and just making them from strips of worn-out blankets, steel wire and bits of packaging Styrofoam. It is amazing what you can do with lights as well in such a small setting. Creating a complete world out of virtually nothing. I love that!

How much has your approach to your work changed since you started out?
I started out as a very technical director, using animation and puppets. You need a lot of technical skills to bring such a non-existing world to life, and the focus is on camera, framing, light and props. But I gradually realized that the core of every drama is people. I became curious about acting: how does it work?

I took the plunge and actually starting professional acting classes at forty – not an easy step for an introspective, behind-the-camera guy like me. I did a three-year course on the Meisner technique. It is an unbeatable technique, that allows you to create fictional characters with a strong point of view. I would recommend every director to at least try it.

What has been the best piece of advice you’ve been given?
It was not doled out by a wise human being – it came from a simple fortune cookie. It said: ”Your friends will bring you luck.” That really resonated with me. This movie could not have been made without luck – or without the supported friendship of everybody who was involved.

Now you can be reflective do you have any advice you would offer a fellow filmmaker?
Take acting classes. Not a workshop: follow a genuine education where they provide a fixed program such as the Meisner Technique offers. Filmmaking is not about “sound”, “camera”, “action”, that’s just the hardware that allows a director to retreat into his own little reality. Acting is the heart and soul of the drama that drives a film!

What are you currently working on?
I am setting up a company to develop new drama formats for a global market. Streaming platforms have changed the industry forever. Projects are driven by themes. Running times and numbers of episodes are no longer fixed parameters. It is a whole new world out there; a hungry global audience with different viewing habits needs stories, and I want to help bring these to life.

And finally, what do you hope people will take away from this film?
A short moment of contemplation, perhaps? “Am I truthful to my loved ones?” But most of all, I hope they have a good time. 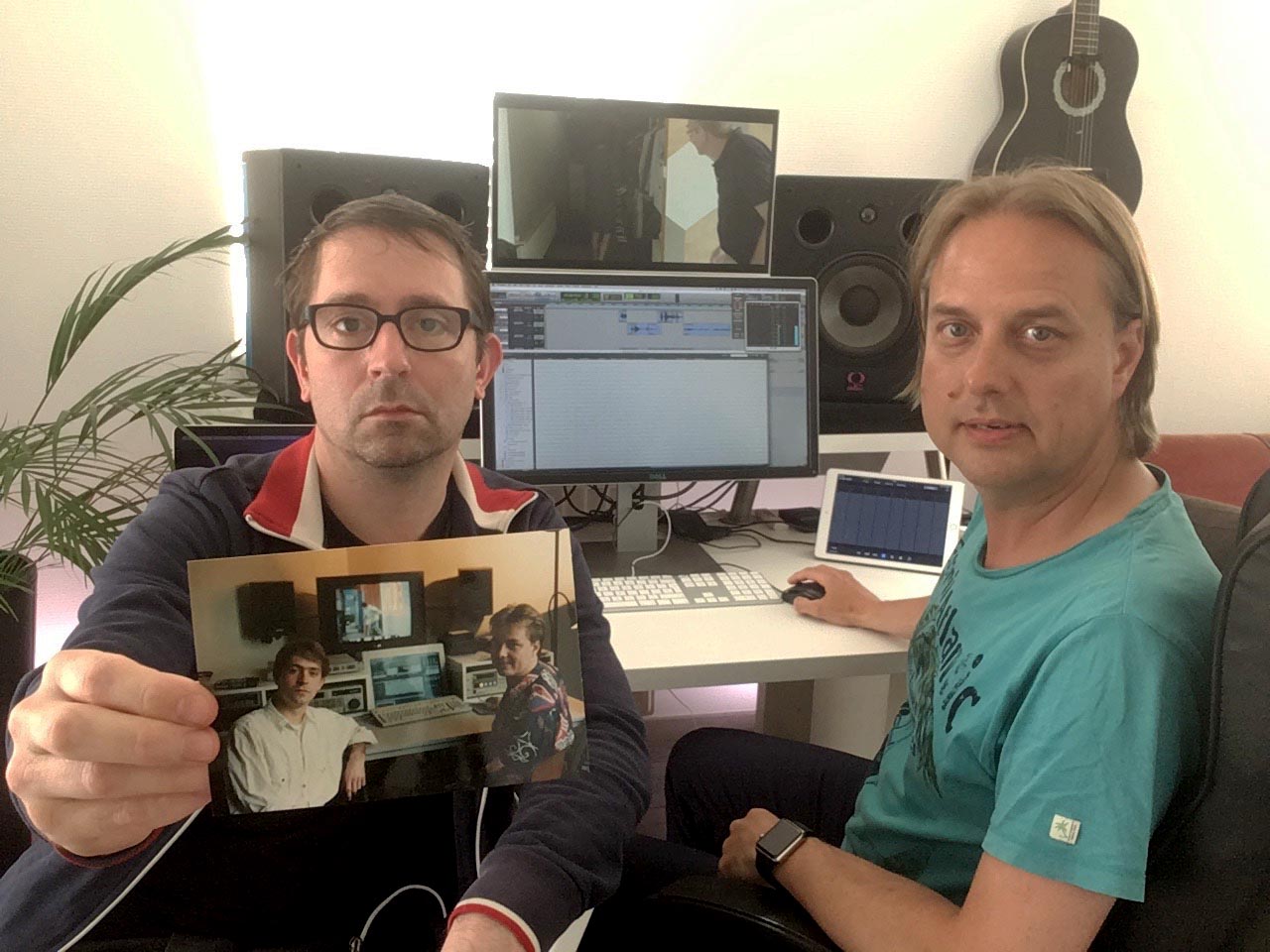